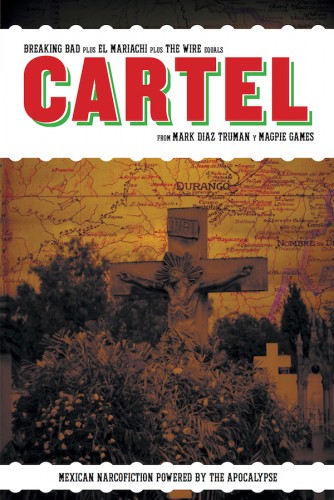 The Sinaloa Cartel is the largest drug trafficking organization in the world, a sprawling network of narcos, halcones, y sicarias that moves billions of dollars of drugs into Los Estados Unidos each year. One of their prime holdings is Durango, Mexico, a small city ten hours south of the border that’s a crucial way station for anything moving north.

But holding the city ain’t easy: either la policía gets in the way, or some foolish pendejo thinks he can pull one over on the chingados that run Durango for los jefes grande. And don’t even get me started on Los Zetas…

You want in, cabrón? Fine by me. Just know that once you’re in…there’s no turning back

Find this game at Magpie Games.