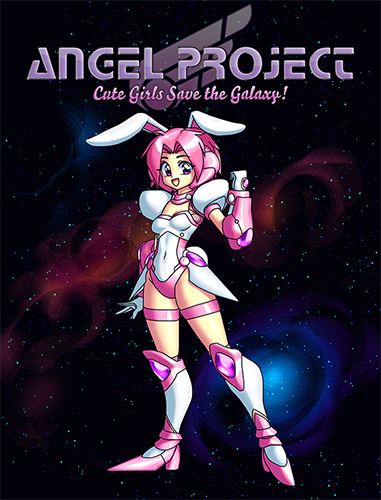 It is the year 20XX, and mankind has achieved an unprecedented era of prosperity. Earth is paradisiacal, and people have spread out to the stars. Things are pretty great all around.

Except of course for the matter of the Dark Rift.

The Dark Rift is a sort of wound in the universe that spills out a dark energy that taints all it touches. It spews out creatures called Shadows, and it created the Dark Angels, the Dark Empress, and the dreaded Machine Empire. Normal weapons are of limited use against such threats. Mankind’s best hope is using Seraphim Drive technology, a gift from an alien machine-being that a scientist discovered on Mars. There is a catch however; only girls of pure heart can use a Seraphim Gear power suit. Thus began the Angel Project.

This is a role-playing game where you pretend to be girls recruited by the Angel Project who will use special Seraphim Gear power suits to fight the Darkness, kind of like something out of an anime. It uses a light, improvisational Powered by the Apocalypse variant, building on the rules of Magical Fury. To play you’ll need pencils, paper, and a few six-sided dice.