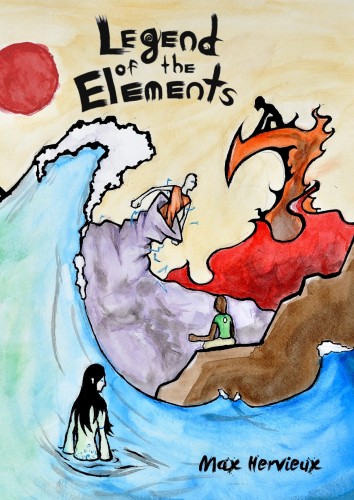 Legend of the Elements
by Max Hervieux

The rules of this game will help you to play a game specifically within that genre of fiction, which is characterized by a world where the supernatural is, if not common, at least heard of and where both martial arts skill and control of the supernatural are normal for heroes. This genre, known as wuxia, is associated with Chinese literature, but the setting of Legend of the Elements is not a real world place. The assumed setting for the game is a fictional world with a pan-Asian culture, but there is no reason this must be the case at your table. The largest inspirations for this game are the Nickelodeon cartoons Avatar: The Last Airbender and The Legend of Korra. This game is not associated with those shows, but they are an excellent guideline for tone, style, and pacing in Legend of the Elements. In addition to Avatar, Legend of the Elements draws on other cartoons and shows both from the west (like Samurai Jack) and the east (like Fullmetal Alchemist). Other inspirations include the Codex Alera novel series by Jim Butcher, wuxia films and literature, anime, and the Four Great Classical Novels of Chinese literature.

Find this game at DriveThruRPG.