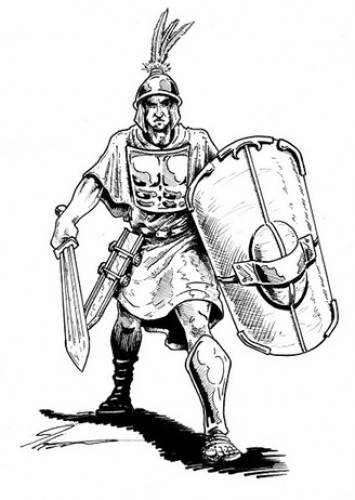 Welcome Citizen! The Ruman Empire needs your help bringing civilization to the savages.

Ruma: Dawn of Empire is a tabletop role playing game, Powered by the Apocalypse Engine, set in an alternate Roman Empire where magic and mythology exist.

Players take on roles of troops or specialists in the Ruman forces, gathered together by generals or senators into a cohort tasked with investigating or overcoming mysterious and dangerous obstacles hindering the Empire’s expansion. Some will be full citizens, trained warriors or learned magi, while others may be slave gladiators or foreign skirmishers who aide the legions in their conquest.

Find this game at Azure Keep.